“Atrial fibrillation is associated with a five-fold risk of stroke, potentially leading to disability and death,” continued Dr Staerk. “In the next four decades, the number of patients with atrial fibrillation is expected to triple so the number of Europeans diagnosed could rise to a staggering 25 to 30 million.”
Patients with atrial fibrillation are treated life-long with oral anticoagulation to reduce their risk of stroke. But treatment with non-vitamin K antagonist oral anticoagulants (NOACs) and vitamin K antagonists (warfarin) is a double-edged sword, because it lowers the risk of stroke at the cost of increased bleeding risk. Intracranial bleeding is a particular fear.

With several treatment options available the clinical question of which one to use has often been asked. Dr Staerk said: “There has been a need to investigate safety and effectiveness of NOACs versus warfarin in a ‘real world’ population and our Danish registries provide this opportunity.”

The current study compared the risk of stroke and intracranial bleeding with NOACs (dabigatran, rivaroxaban and apixaban) versus warfarin in a ‘real world’ setting. The study was conducted at The Cardiovascular Research Centre at Herlev and Gentofte University Hospital in Denmark. It included 43 299 patients with atrial fibrillation who were recruited from Danish nationwide administrative registries.

Some 42% of patients were taking warfarin, while 29%, 16% and 13% were taking dabigatran, apixaban and rivaroxaban, respectively. During follow up, stroke occurred in 1054 patients and there were 261 intracranial bleedings.

The researchers found that the risk of having a stroke within one year was similar between the NOAC and warfarin groups, and ranged from 2.0 to 2.5%. At one year the risk of intracranial bleeding was significantly lower in patients treated with dabigatran and apixaban (0.3 to 0.4%) compared to those treated with warfarin (0.6%) (figure 1).

Dr Staerk said: “The inclusion and exclusion criteria in our study were broadly similar for patients initiating NOACs or warfarin, and this gave a straightforward opportunity to directly compare the treatment regimens, which is in contrast to the randomised trials. The results suggest that although they have similar effects in preventing stroke, dabigatran and apixaban were associated with a safer use regarding the absolute one-year risk of intracranial bleeding.”

She added: “Our results complement the large randomised phase III trials by providing ‘real world’ data on stroke and intracranial bleeding with NOACs versus warfarin since fragile patients were not excluded from our nationwide cohort. For example, patients with increased risk of bleeding, liver disease, and chronic kidney disease are less represented in trials.”

Dr Staerk concluded: “Registry studies have some limitations such as the observational design, residual confounding, and confounding by drug indication. In the future it would be exciting to see a head-to-head randomised trial performed to compare the different NOAC treatments in patients with atrial fibrillation.” 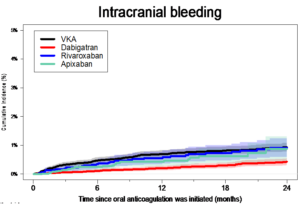 Figure 1. Intracranial bleeding over time since oral anticoagulation was initiated